Get in touch
Menu

Allowing children to have a space in which they can confidently and safely address all elements of their concerns, fears and worries, whether related to academic ability or emotional and mental well-being, is paramount. Inspiring Kids offers a safe environment and a holistic approach to supporting children who have varying levels academic and emotional need. We can't praise Lucy enough, and we highly recommend Inspiring Kids.

Emma BoltParent
My son worked with Lucy for 18 months both out of school and in school. What can I say..... what a brillant tutor and overall just lovely person. She identified what my child needed in terms of his education but more importantly helped him Gain confidence in his ability to learn. Can’t recommend enough

Amy WilliamsParent
I can’t thank you enough for your initial help and putting us in touch with Cathy. The play therapy seemed to make a real impact on Theo and her help in getting him back to a ‘good place’ has been invaluable. She was not only good for Theo, but she also supported me and then provided me with some great tips to help Theo manage his feelings.

SaraParent
Dan has been fantastic and George has done brilliantly working with him, made great progress! He is so patient, calm and clear. A fab teacher! We can’t fault him.

CharlotteParent
Joseph has been absolutely amazing and is really supportive and pro-active. If I email him about something, he will often just pick up the phone to talk to me – he shows genuine compassion. I feel we have struck gold with him. He really seems to get A.

RebeccaParent
I am hugely indebted to Lucy and Inspiring Kids for the support and dedication she has provided to my son Austin and I. Austin was identified with Dyspraxia and an Auditory Processing Disorder in Reception and as such found many aspects of schooling extremely challenging. Being very self-aware, Austin's confidence rapidly deteriorated as he concluded he just wasn’t very capable. I was hugely fortunate that I met Lucy and she could support him. What makes Lucy so great at what she does is not just that she has the knowledge and skills to know exactly how to provide Austin with tools and techniques to enable him to access the curriculum in a way that works for him. But she is so adaptable and empathetic with Austin’s emotional needs, and does this with such great humour that she truly inspires Austin to challenge himself and to be his very best. Austin is now in year four and is confident, very capable and very comfortable in his own skin. He is very clear that he is going to be very successful in life and knows that having Dyspraxia makes him very special. I have no doubt at all that this is in a large part due to the investment Lucy has made in him.

AnneliesParent
Catherine has been absolutely amazing. P is feeling much more positive about school and life in general. Her sessions with Catherine have made such a difference.

HelenParent
Danielle has been incredible - T is so relaxed with her and is therefore able to engage really well. She has a lovely way with him, she really does.

JessParent
I would just like to say how amazing Jane is as a teacher and how much we value and appreciate her support, we feel in very good hands. She is always professional and extremely thorough, it is money well spent! 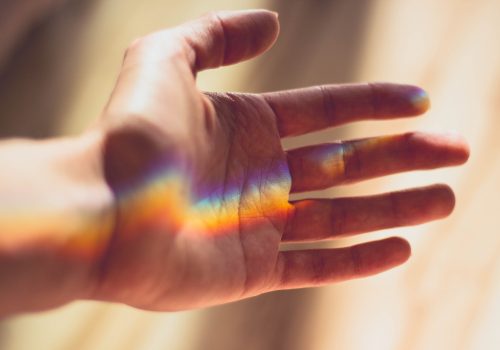 Charlie* has high-functioning autism and his mother made the decision to remove him out of school in Year 6...

He was struggling with the sensory and social aspects of school, which were overwhelming him and she feared he was sinking into depression.

At first, he enjoyed being out of school and was happy for his mother to tutor him. However, after a few months he started to feel like he was in some way failing for not being at school and started to switch off from learning. His mother was at her wits’ end as she saw her once lively and fun-loving boy slipping into a reclusive child who would barely leave his bedroom.

She contacted IK and after a long discussion, we agreed that the best course of action might be for Charlie to have a mentor. Charlie was initially reluctant to meet his mentor, Dave, but Dave kept turning up at the same time every week and after a few times, Charlie allowed him to play on the Xbox with him.

This broke down some barriers and Charlie started chatting to Dave and soon agreed to go out on a walk and later some cycles.
Engaging in this way with someone outside the family, quite swiftly encouraged Charlie to start coming downstairs more often, to his family’s obvious delight.

It wasn’t long after this that he expressed a wish to have an
external tutor to get himself back up to speed with a view to returning to school in the longer term. Charlie had regained his interest in life and his already bright brain was buzzing away again with the possibilities of all that life could offer. IK provided tutors in the core subjects and within a few months, Charlie returned to the school environment. IK were able to help with this return by the tutors providing reports for the school about Charlie’s learning style and the kind of adjustments he would need the school to make to enable his reattendance (such as avoiding the corridor rush between lessons and a reduced timetable). Charlie remains in mainstream secondary school with plans for university in the longer term. A great success story.

*name has been changed.

Milly’s* Mum came to me through a personal recommendation...

She was struggling in class, working at a level of over a year behind the rest of her class and her self-esteem was plummeting.

She has severe dyslexia and ADHD and is unable to focus for long. She was initially reluctant to read or write in front of me, but over time and with lessons twice a week, we developed a relationship and found different ways to work together, mainly including games and activities and often involving moving around.

Her main passion has been to play at schools, so together we ‘teach’ our imaginary class and so practise all the sounds and spellings I want her to learn.
Her confidence increased as her ability to read more fluently started coming together. However, she was still very aware of the gap between herself and her class mates and her mother and I were still concerned about her self-esteem.

I recommended one of my wonderful therapists, a dance and movement therapist, bearing in mind Milly’s passion for dance and gym. She has had a few sessions now and is getting a lot out of them, having another place to safely express her feelings and developing strategies to help her cope with her anxieties.

Her parents have been thrilled at the difference both interventions have made to Milly’s life and Milly is starting to believe in her own strengths and abilities.

*name has been changed.

What to do next

Please get in touch either through the website or on lucy@inspiringkids.co.uk and I can help you make the best decision for your child.

Talk to us
Menu